Madurai is Tamil Nadu’s oldest city and one of India’s oldest cities, with a history dating back to the Sangam period of the pre-Christian era. It was home to the ancient Tamil Sangam (The Academy of Tamil Learning), the literary conclave that produced the first Tamil epic Silappathikaaram and other masterpieces of Tamil literature. 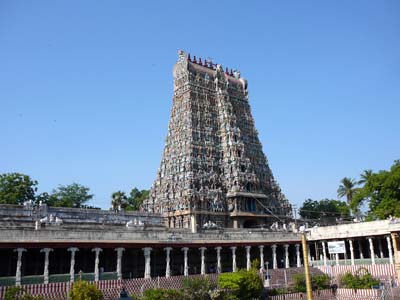 The city flourished under Pandya rule when it was a major trading hub with trading contacts with Greece, Rome, and Middle Eastern countries. It was a fall from eternal glory to deep abyss for Madurai when the Tamil Kingdoms disintegrated, and its wealth was plundered by the ravaging armies of Delhi’s Muslim Rulers.

Madurai was the capital city of the Pandya kings of South India. Madurai has been a centre of learning and pilgrimage, for centuries. Legend has it, that the divine nectar falling from Lord Shiva’s locks, gave the city its name – Madhurapuri, now known as Madurai. Being mentioned in all holy books, scriptures and folklore, this temple town is one of the most ancient human settlements of India.

Madurai is a place where people often tend to visit. There are many places with national importance. It is also known as temple city. Madurai is situated on the banks of Vaigai River in Tamil Nadu, a southern Indian state. It is the second largest city of Tamil Nadu and has a population in excess of 1.1 million. It is well known for the Meenakshi temple situated at the heart of the town which attracts tourists as well as pilgrims. Madurai has a rich cultural heritage passed on from the great Tamil era more than 2500 years old, and has been an important commercial centre even as early as 550 AD.

During the summer months of April, May and June the climate of Madurai city varies between 31.7 degree Centigrade (99.8 degrees Fahrenheit) and 25.00 degree C. (78.8 degree F). During the winter months of November, December and January, the temperature is between 39 degree C. (84.7 degree F) and 10.00 degree C (68.5 cm). The average rainfall in Madurai district is 34″ (86.4 cm). It rains mostly during August, September, October and November. In Short, Madurai can be said to have a temperature climate. 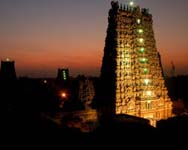 The Madurai Meenakshi Temple is a serene and divine place located just one kilometer from the bus stand in the city of Madurai. Meenakshi is the residing deity in the temple. Kulasekara Pandya was the king who was the one who constructed the temple. But it is said that the temple developed in the reign of the Nayaks. It was in the 16th to the 18th century when the temple was built to what is now called as the Meenakshi Amman Temple. The Meenakshi temple has long been the focus of both Indian and international tourist attraction as well as one of the most important places of Hindu pilgrimage. People of the city wake up to the chant of hymns at the temple, which is the very centre of their cultural and religious life.
Vandiyur Mariamman Teppakulam 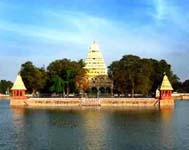 This is a huge temple tank about 5 km east of the Meenakshi temple. The mandapam in the centre has an idol of Vigneshwara (Vinayaka). Discovered during excavation to build the Thirumalai Nayakkar Mahal, the place was believed to be sanctified and was converted into a teppakulam (tank). This enormous temple tank is fed by water brought from the Vagai through an ingenious system of underground channels. It is the site of the temple’s float festival. In the middle of the tank there is a little island called the Mayya (Centre) Mandapam. A small temple has been built on this island. There are tiny towers on the four sides of this island studded with shady trees. The Teppakulam is very close to the Vaigai river. The tank is connected to the river by underground channels. The island can be reached by boats for a small fare.
Azhagar Kovil 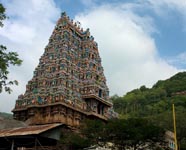 About 21 kms from the city of Madurai is situated the beautiful temple of Azhagar Koil . It is a temple that has the residing deity as Vishnu. The Lord here is known by the name Azhagar. He is the brother of Goddess Meenakshi and when the wedding of the Lord and Goddess takes place in the month of Chithrai, Azhagar travels from here to Madurai to witness the wedding of the Lord.

One of the six abodes of Lord Subramanya, Palamudhirsolai is situated above Azhagar Koil in the hills about 4 kms away. At the top of the hill is situated the natural spring Nuburagangai where the pilgrims take bath. During festival times like “purataasy sani” special poojas and offerings are been done. Poets used to meet here and sing the praise of the Lord, hence the name. The temple finds mention in Sangam literature dating back to 2000 years.
Kodaikanal 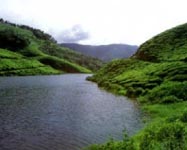 Kodaikanal is a place where every range of people love to visit.It relaxes our mind and helps us to be in peace.it creates a atmosphere to forget our sorrows and to admire the natures beauty.Kodaikanal (also known as Kodai) is a hill station on the southern tip of the upper Palani Hills in Dindigul District of the state of Tamil Nadu in southern India. Here you can find that every corner is discovered by God’s gracefulness. And among the 29 resorts/hotels many resorts are nestled with beautiful hills and falls surrounding it. Staying in these types of resorts will flash in your inward eyes to open. kodaikanal is a popular tourist destination having many natural attractions. Lake is the important place at kodai. It is here where people like to spend hours together. They enjoy boating, horse riding, riding cycle, walking around the lake. There are a lot of stalls for coffee, tea, fruits, dresses, chocolates, ice creams etc around the lake. Couples are found ofen here to enjoy the beauty of nature. Apart from the 21.5 sq. kilometers of the Kodaikanal hill-station, there are other places nearby which are worth visiting.
Gandhi Museum 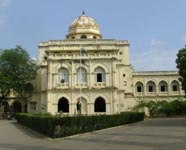 The Gandhi Memorial Museum is one of the distinct places to be visited in Madurai. This museum is one of the rare living memorials of “The Father of India” and has an elaborate historical account of India’s struggle for independence. Gandhi Memorial Museum has a remarkable collection of Gandhiji’s paintings, Sculptures, Gandhian Quotations, articles of village industries and Khadi Crafts. 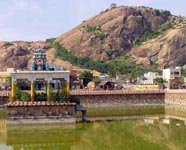 There is no other building in Madurai, which better illustrates the architectural style of the Nayaks. The palace of Tirumalai Nayak is about 1 km away from the temple. This Indo-Saracenic building was constructed in 1523 and was originally four times as large as it is today. The most remarkable part of this palace is the dome of Swarga Vilasam, which lies beyond a huge courtyard and is a magnificent example of the engineering skill of its builders, rising as it does to a height of 20m without support of any kind. 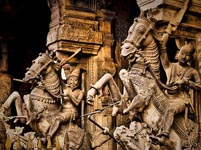 Opposite the eastern side of Sree Meenakshi Temple is the Puthu Mandapam. It was built by thirumalai Naick for Lord Sundareswarar. The hall is 330 feet long and 105 feet broad over the plinth. It is 25 feet high with 124 Pillars of four rows on either side of the central corridor of this hall there are imposing pillars having the figures of 14 of the Naick rulers including Thirumalai Naick. The date of construction of the Pudu Mandapam is known to be 1628-35. Hence it forms as the Vasantha Mandapam. There are book shops on the northern side and vessel shops on the southern side.

There is no other building in Madurai, which better illustrates the architectural style of the Nayaks. The palace of Tirumalai Nayak is about 1 km away from the temple. This Indo-Saracenic building was constructed in 1523 and was originally four times as large as it is today. This palace consisted mainly of two parts, namely Swargavilasa and Rangavilasa which house the royal residence, theatre, shrine, apartments, armoury, palanquin place, royal bandstand, quarters, pond and gardens. It is open from 8.00 a.m. to 5.00 p.m. Entrance fee Rs.10/-.

Plan a Trip to Hospital

One of South India's great temple towns, Madurai is synonymous with the celebrated Meenakshi Temple.Read more 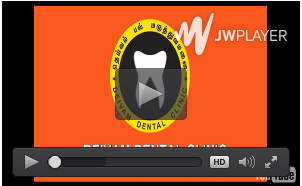